My first thought upon waking up this morning was how much we take for granted.

All of this leads to 2 points I want to make.

1. What if we woke up every morning feeling grateful for all the things we have – that until now, we have taken for granted?

2. What if, just once every YEAR, we thought about those who do not have the things we have taken for granted?

Or maybe once a month?

Dare To Be Different

At a wedding reception last week, I met many professional colleagues. The banter was conventional, predictable, ‘doctor speak’.

Only a few knew about my online persona, and referred to it sparingly, often with a snide smile or quiet wink twixt themselves.

Learning Time Management – How Important Is it?

Learning time management easily ranks as among the most important things you can do in your life. It doesn’t matter if you’re in school or college, at work or managing a household, a retiree, trainer or anything else. Learning how to manage time efficiently is a skill that can transform your life in many ways.

Unless you can organize information and put it to good use, there is no point at all in learning time management. And all the learning in the world will do you no good unless you can follow through and put it into action, instead of procrastinating and wasting time.

Younger people understand this concept of managing time at an earlier age these days. That’s because you’re aware of how it’s possible to differentiate oneself from the stiff competition out there simply by handing information better and managing your time more effectively. Careers are made or broken depending upon your time management skills.

How to go about learning time management?

Theory is of little value without active and intentional practice. Here are some things to put to use in your day to day life which will help you manage time better and enhance productivity.

Emptying your inbox by tackling incoming email is a rare talent and requisite skill. Organize your mail into folders. Deal with messages promptly. Don’t keep hesitating over what to do – either act, or file it away for later. Save important messages, print out essential ones, and delete junk. Taking action on email as soon as you read it will set you apart from the crowd and boost your productivity.

2. Stop doing too many things at once.

Multitasking is silly, unless you’re just wasting time anyway. Watching TV while texting a friend and nodding your head to music from your iPod may not be entirely detrimental to productivity. But when you’re at work, concentrate on the project or task you are involved in – to the exclusion of everything else.

3. Tackle what matters most.

On your ‘to do’ list, you must set priorities. The tasks that are most important to your long term goals must be the ones you deal with first. Get the most crucial work done, and it won’t matter if you do little else over the course of your work day. That’s why planning your day ahead of time is such a good idea.

Do you waste a lot of time hunting for information, resources, reminders or stuff? You can cut down on waste and improve your efficiency when you stay organized. Use bookmarking services to store online data. Have an effective filing system for paper and other offline items.

5. Match your work to your rhythm.

Everybody has preferred working patterns. I’m more efficient later at night than most of my friends, who do their best work in the mornings. Your unique pattern will be different. Identifying your biorhythm and scheduling your important tasks to coincide with your periods of highest energy and productivity can help enhance your effectiveness.

Make things easy to begin work. Learning time management means understanding the core sense of inertia that holds many people back. Once you get started, it’s often easy to continue until work gets done. So by making things easy to begin, you’ll improve your chances of getting things done.

Rushing around like a headless chicken is no way to be more efficient. In fact, you may tire yourself out achieving little. An ounce of preparation is worth a pound of frustration after you get started.

Learning time management is all about mastering these nuances. You don’t simply read a book about becoming more efficient and magically transform your life overnight. It takes a deeper understanding of the principles of Time Management Tao, which are:

As a child, I read Richie Rich comics.

Richie was fabulously wealthy, with his personal butler, Cadbury, his robotic maid, Irona, and an endless collection of gadgets, toys and exotic presents.

The tag line of Richie Rich always fascinated me, though, because it sounded so contradictory…

“The Poor Little Rich Boy”
We are all familiar with the idea of being frustrated by failure.

It is an easy concept to identify with – because we’ve all failed at something, know how frustrating it can be, and know things would have been different if only we had succeeded.

But how can success be frustrating?!
Strange as it may sound, it is far more common than it seems.

I’ve come across many people who are widely considered “successful”, yet they manifest behavior and attitudes suggesting discontent, lack of fulfillment, and frustration.

No, it’s NOT that they want bigger success, higher profit, larger achievements.

On the contrary, they have suddenly realized that what they’ve been striving for so uni-dimensionally… just doesn’t seem quite enough!

That’s a harsh reality to wake up to one morning.

Steven Covey explains it vividly with the example of a man who climbs a tall tree in a jungle, reaches the top, looks around – and only then realizes he’s in the WRONG jungle!

How to guard against this?

By having a deeper purpose to what you’re doing.

A noble, worthy, sublime reason why for all that you get involved in. An over-arching mission that glues all components of your work and life together.

No, don’t make it an obsession – or it’ll be just as deadly a trap.

Instead, make it your motivation, your inspiration, your energy source that you can tap into for an emotional refill from time to time.

It helps if that mission is directed outwards, at other people or the world around us, making it a better place in some way. Such selfless purpose can be selfishly rewarding – by making you feel good about yourself, by giving you higher self-esteem, by enjoying a deep soul-filling satisfaction.

But even when your purpose is more personal, limited to your close inner circle, or even just to yourself, it can still be just as effective and powerful in giving your work meaning.

You will succeed FOR a reason.

And when you succeed, it will NOT feel frustrating. 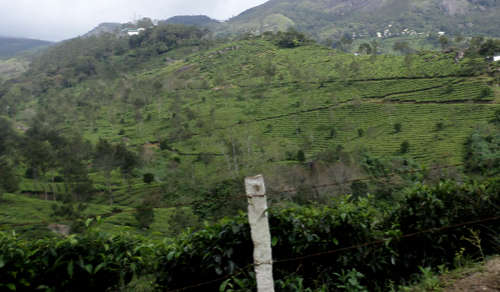 “I drift about without rudder or compass, a wreck on the sea of life; I have no memories to cheer me, no pleasant illusions of the future to comfort me, or about myself to satisfy my vanity. I have no family to furnish the only kind of survival that concerns us, no friends for the wholesome development of my affections, or enemies for my malice” – Alfred Bernhard Nobel
CONTINUE READING
1 2 >
SEARCH